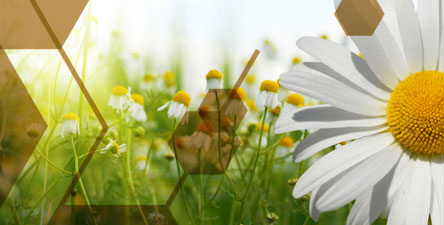 Following on from its Call for Action to address climate change: the Five Commitments last week (6 December 2010) The Sibthorp Trust, an independent charity, criticises the slow pace of progress at the Cancun climate change conference of parties and calls for greater pace at all levels.

“Despite 26 agreements at the Cancún climate change summit, little measurable progress to benefit civil society has been made. The world is now locked into the interminable diplomatic processes which move at snail’s pace. But urgent action is needed by developed nations to put their own houses in order, to help developing countries which are the main losers from climate change, and to stimulate businesses to develop and adopt clean technologies. I call on all interests to pledge commitments to a new international treaty and tough targets, and to aid those poorer countries which are the unwitting ‘victims’ of climate change.”

Has CoP 16 in Cancún made any difference?

Twenty six agreements at CoP 16 of the UN FCCC would seem to represent progress, but is that the case in reality? A quick analysis of the reams of paper suggests from the diplomatic perspective that some progress is being made towards new agreements, but seen from an environmental action perspective there was little firm progress and commitment to action.

Among the innovations are

But there are some big gaps:

Fundamentally, and despite some innovative thinking and approaches, there is still no deal between the developing countries and the developed countries as the former insist, quite rightly in my view, that key countries China, Japan and the USA must sign up to formal emissions reduction that are verifiable. Inevitably, it will not be the individual elements which will be most importance to the Parties to the FCCC, but the overall package and its likely impact on national sovereignty and national economy. Maybe, as Fred Pearce noted appositely in his piece, we are now in the long play diplomatic game and the type of progress which the civil society bodies, including the environmental movement, wished to see, will be very much slower, more deliberative and highly frustrating. Meanwhile, the level of atmospheric carbon concentrations continues to rise. The wake up call has not been heard and the ‘lowest common denominator process’ is in operation.

Set against the Five Commitments set out above, did Cancún make any progress?

Commitment 1: Leaders of G8, G20 and the EU nations to commit now to new a climate change treaty and meaningful targets to reduce GHG emissions and to funding poorer countries to withstand the effects of climate change.

***Failed. No commitment to a new Treaty or a replacement to the Kyoto Protocol. Funding mechanism identified but no sources or levels of funds.

***Failed. In addition to no movement from the USA and China, Japan also stated its stance against tougher emissions targets.

Commitment 3: Business leaders to commit to develop and utilise new strategies and technologies for a low carbon world.

***Some progress with development of Technical Executive Committee and Technical Centre, but ***failure to provide the leadership sought by the business sector for clearly defined overall international frameworks.

Commitment 4: Civil society throughout the world to commit to lobby for international and national treaties and targets for reducing emissions.

***Some progress as good deal of quality media attention on the issues and outcomes, and organised civil society presence.